Heat Up Hockey adds a new dimension to air hockey 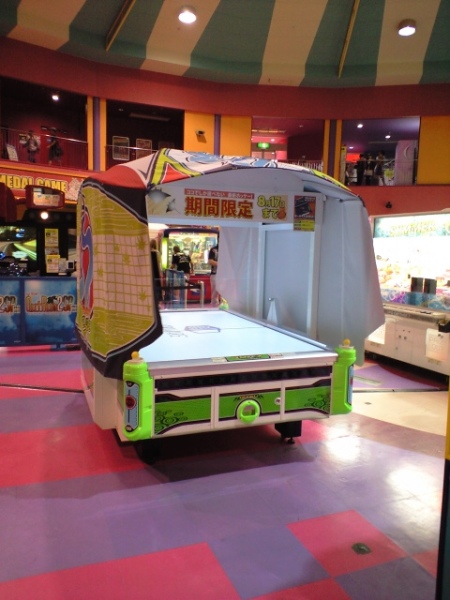 Of all the games I have purchased for my own arcade, one of the best investments I made was in an air hockey table. While I didn’t get anything fancy, I did get something that worked and people of all ages love it. When visiting arcade shows like ASI and AMOA, you can find several vendors showing off the latest ideas in what they are doing with the idea

behind air hockey and I liked tables I saw by ICE and Barron Games. But I have not seen anything quite like Heat Up Hockey, which is currently being tested in Japan.

Heat Up Hockey takes the air hockey table and adds video projection onto the playfield. Graphics that are produced by the projector will interact with the puck and players will need to hit virtual targets to score points. It’s a great idea that applies concepts that I have seen before using somewhat similar setups with robots, but it seems like combining this with air hockey goes naturally and I really hope that it will see a release in markets outside of Japan. Where players already gravitate towards air hockey, throwing a video game onto that can only heighten player interest in the game.

[Via AM-Net Blog] [Discuss on the Forums]