Good morning everybody and here’s to a good week for you all around. Here are a few stories from the weekend to discuss so let’s get to it!  The first two stories were sent in by The Stinger Report, which covers Stinger newsfeeds 1356-58

I saw mentions of this on Twitter when it started but I generally like to hold off on reporting about such things in case they don’t end up achieving their goal. But in the case of John Salter and the Cinematronic arcade game Armor Attack, a Double World Record was obtained this past week. Beginning 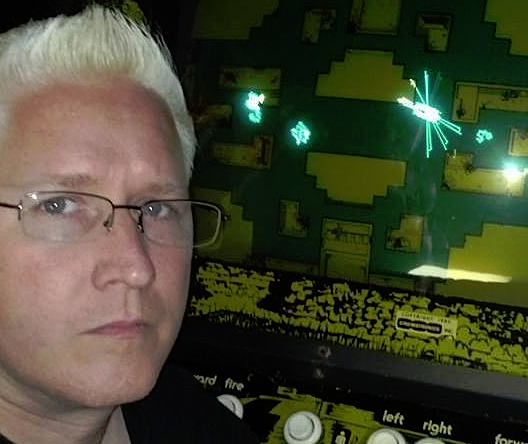 his attempt on Wednesday morning, John played the vector-based Armor Attack over an 85 hour and 16 minute period on a single credit. This is record #1, setting a new record for the longest attempt on a single quarter. Previously this was held by Geroge Leutz on Q*Bert, which he had set last year. Perhaps to some modern gamers this might not sound like a big deal but it’s important to remember that old arcade games like this don’t have pause buttons and you cannot sit in some dark corner idly where nothing ever happens until you decide to do something to get the next in-game script flowing. Classic arcades really can be a marathon type game due to their design. Record #2 came about in part due to the length of time that this took – John set that with 2,211,990 points. The previous record of just over 2 million on the game had been on the books since September 25th, 1982. Congratulations John! More on the story @ PatrickScottPatterson.

Regular readers of the site know that I don’t particularly subscribe to the notion that there is no life in the video arcade – without getting into numbers, my own arcade which shuns ticket redemption entirely has been doing better than ever over the past few months so I’ve seen first hand that it can work. It’s not an easy task as you have to keep things fresh constantly, which takes capital to pull off. In regards to a famous arcade in California known as the Super Arcade, they are looking to change things up a bit at their venue and are seeking some of that capital through Kickstarter. They started with a goal of $44k to make renovations that will give the interior a “rock concert ambiance”, with new overhead lighting, streaming setups, new counters and more. As of this writing, that goal has been surpassed by $2000 and they have 18 more days to go. So instead of good luck, I’ll say congrats instead! One part of the renovation that they mention which I think is key are changes in some of the game line-up. Super Arcade is well-known as a venue for fighting game fans and while that isn’t going to change, they are going to beef up their selection of games from other genres to reach a slightly broader audience, including drivers like the new Mario Kart, several dance machines, and more in regards to puzzle, brawlers, light-gun, scrolling shooter games and pinball. Original story @ Shoryuken.

I saw this making the rounds, a car modded with an arcade coin insert system! Come to think of it I’m surprised this hasn’t been done before. Video link via Arcade Otaku.

Finally here’s a story sent in via Adam Coate @ IndieGames.com. It is a story that gets into Alternative Controllers as used by an Indie game developer. While the word arcade is never dropped in the article, at the end of the day I think that this where something like this finds great potential- arcades have been home to the most unusual control schemes over the years and it is often overlooked that concepts that are now considered mainstream (such as gesture or other motion based  controls) got their start in the arcade sector. Sure it can happen with console as well although sometimes a highly customized control scheme might only work for one or two game concepts as opposed to a range of several hundred. Of course most major developments occurring now tend to stick with tried-and-true methods in a bid to ease players into the game instead of presenting off-the-wall concepts that could be rejected outright and hurt an otherwise good game. There are several “indie” arcade developments taking place behind the scenes however so it is always possible that one which manages  to become a breakout hit could also provide some uncommon or unusual control scheme.

Speaking of something different, Sega is testing out their MOBA-style game in arcades, Wonderland Wars. You use a fancy pen to control action on the touchscreen. Here’s a direct video of the game in action. I don’t think we will see this out West but never say never, right?