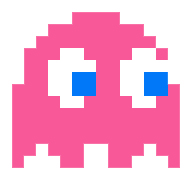 Normally I wouldn’t think twice about accepting a free arcade cabinet, but after I read this I had to think twice. I don’t totally believe in the whole ghost thing, but why else would someone give something like this away? Read on for the full story….

I sent a message to see if anyone had claimed it [Ms Pac Man cabinet] and if they had any pics. I got a response back saying that it was available but no pictures. I emailed back asking why they where getting rid of it for free. Here is the response I got.
“When I bought this machine the previous owner told me it was haunted. I laughed, didn’t believe him, because I didn’t believe in that sort of thing.

Got a bad feeling the day it was delivered. Game started on its own in the middle of the night several times, had a tech service the machine three times (very pricy housecalls), but he couldn’t find the problem.

Three-year old daughter started talking about the “man in the video machine”, didn’t think much of it, then my wife saw a dark figure move across the basement and into the machine. She ran out of the house, would not return until the machine was out of the house. I moved it to my business garage (two miles away), and several times I have opened the garage to find tools missing or scattered, things tipped over.