R-Tuned site reminds us that the game is coming soon 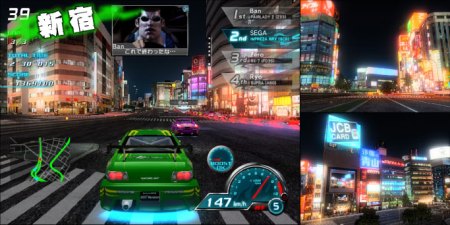 It’s been a little while since we heard something about R-Tuned but Sega’s latest arcade racer that seeks to overcome what happened with RaceTV is almost out in Japan and the teaser site has been upgraded to prepare for the game’s full release next month. We’ll see if Sega plans on bringing this one to the US in a couple of days at IAAPA, I’m not sure if Europe is on the table for this release either. In case you don’t remember, R-Tuned features drift racing at night in Japanese cities and it runs on Lindbergh. It’s certainly much different than something like Sega Rally 3 (speaking of which, I wonder when Sega will begin rolling out more titles using the Europa hardware) but there are plenty of fans of both styles of racing. Hit the link below if you want to see more.