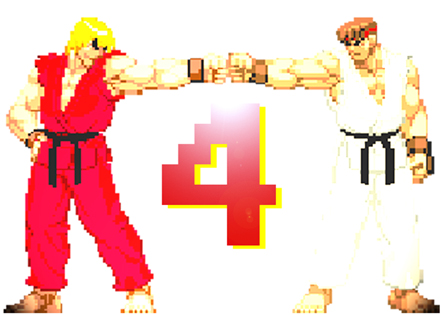 Another Update: Looks like Street Fighter 4 was the big news after-all. The only catch? No news on whether the arcade will see any love from Capcom or if all we can look forward to is Basara X. Then again rumors about SF4 from earlier this year says that it should be an arcade title, so we’ll keep looking forward to it.

You’ve probably heard the news already – that countdown that Capcom posted about a few days ago apparently for the remake of Bionic Commando (which was an arcade title in addition to an NES title back in the 80’s). This certainly was a surprise but it will be for game consoles and not arcades of course. At this point I have to wonder what it is they are up too with SF4 – the rumors are still there but it doesn’t take long for people to become apathetic towards rumors. Perhaps Capcom is waiting until Basara X comes out to reveal something about SF4 or perhaps there will be no SF4. And at this point seeing how much Capcom loves game consoles and how much they don’t seem to care about arcades, I have to wonder if SF4 is ever released if it will even see arcades. Maybe it will, if Tekken 6 makes a big enough of a splash but as always, only time will tell.

UPDATE: Thanks to the comment from RyanDG, my browser wasn’t showing the countdown but I see it now so I slipped up. So at 9AM PDT we should hear if it’s something SF related or not. Fingers crossed it will be…