A couple of shots on Criminal Action/Action Detective 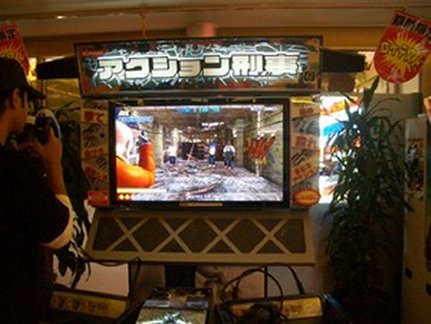 heard about it a couple of months ago. Finally I have encountered two shots taken from location testing, via Japanese blog d.hatena. It’s not much but it’s better than the thumbnails we’ve seen up until now.  Also according to the site, the controls need some work, but they have until April (which is the release date set for this game) to fix that up. Graphically it’s still a little hard to tell how it looks overall (we’ll need to see it in motion) but this gives us an OK idea at least.

[Via d.hatena blog] [Discuss on the Forum]