Open Letter to the Amusement Trade by The Stinger Report 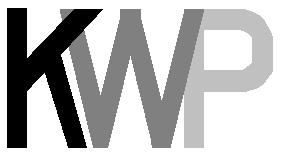 This open letter is being sent out to the trade regarding a disturbing situation which seems to be being ignored!

We have seen over the last 48-hours a slew of online features that have attempted to bury the Asian and North American amusement scene – literally dismissing the market and manipulating the facts of our market.

This all culminated from a Reuters news feature that seemed to announce the closure of the Japanese amusement sector: http://www.reuters.com/article/technologyNews/idUST33521320080518?feedType=RSS&feedName=technologyNews&pageNumber=2&virtualBrandChannel=0

Having waited for a reply from our trade in defense there seems to have been none and so below is the reply that we sent to Reuters (and CrunchGear who repeated the commentary and added a few new inaccuracies).

There seems to be a hunger from some news services to attempt once and for all to bury amusement – if not physically, at least in the consumers eye. Having read the Reuters report on the Japanese arcade scene and its errors – I am now greeted with your feature – I think you will now see that copying the Reuter feature may have been a mistake!

I have tried to address the key errors in your report:
– The claim is that certain factories had closed “20%” of their amusement venue business – the truth is that Namco closed 41, while Sega closed 110 – and as both operations run over 500 sites in the main islands this is not 20% – or close?
– The out of date statement about the venues seemed a little confused. If we are talking about
Japan they are smoke free in the majority, and have been underling a major update of facilities – the Reuter piece though inaccurate had to mention the redevelopment of the Taito/Square arcade operation.
– A comment about the close of Japanese amusement copied from the Reuter piece missed out the reality of the profitability of arcade for many publishers, Taito/Square, Konami and even Sega saw increase in revenue from amusement – yes Sammy Sega saw a down turn on their Pachinko side – but Pachinko is a different division to their amusement.

Finally, I would recommend that there are a number of excellent sources for factual information on the amusement scene. I understand that a number of vested interest in the consumer game sector want to claim expertise in covering arcade gaming, but as you can see there is a lot more too the market than just jumping up and claiming it is dead!

The Reuter piece was written badly and was not the best source (foundation) to base opinion on. The news that Street Fighter IV is breaking arcade records in revenue – those records created only a matter of weeks earlier by Tekken 6 – speaks volumes of a strong upswing in amusement. However certain consumer parties are less than happy with the coverage arcade is getting on the web and seemed to attempt to discard arcade interest – I would recommend that you avoid these vested interest.

If you want the facts on the international amusement scene just drop us a mail!

It is a shame that KWP has had to undertake this defense of our industry and supply the facts on our own – we personally have to wonder what the trades plan is to try and defend ourselves from the vested interests of the consumer media wanting to dismiss our industry (this will snow ball if no one else dose anything) – Can someone tell me what our industries media defense plan is, and will it be started quickly?

Thanks to Kevin for passing this along and doing his part to defend the industry. We’re here to do the same and my thoughts are after the post break.

I saw this Reuters article a day or two ago but I didn’t have the time to really comment on it but I noticed fairly quickly that painted it a fairly negative picture of the amusement scene in Japan. A number of factors were blamed including the Wii, high gas, etc. – the usual suspects. But I also noticed that they even blamed smoking inside arcades which made me pause for a moment. As it turns out, the report was filled with a number of errors and unfortunately this effort by major media will probably stick in the minds of some people who won’t look further into the issue. Of course the arcade industry hasn’t had much of a response either so we’re here to help those that will actually look beyond the terrible research that was put into this story.

We’ve been saying for a while now that the arcade industry needs to make some essential changes. One of those changes comes with marketing, which is something that we have talked about recently in the comments section of the Sega Private Show. Kevin forcefully stated some of the changes that need to take place, such as what steps are going to be made to stem the tide of bad news that is portrayed about the industry all the time in the media. Now recently I have noticed a couple of distributors working to get the word out on arcades even to the media, such as the Raw Thrills/Play Mechanix/Betson media events that have taken place recently; another distributor (BHMVending) has began posting videos of different arcade games to youtube which is another step in the right direction. But we need to go further than this – arcade development companies need to drop this ridiculous idea of not revealing anything about their games until right next to their release or afterwards. How does this apply to the current situation?

Console developers reveal their games a while before they are released to begin marketing the game to the players. This can create hype and it also assures those who will be their customers that there is something to look forward to. Do console developers worry about having their ideas stolen? Probably but in this age of quick information and the internet, gamers are generally smart enough to understand who came up with that idea first. Beyond that, lets say that you do come up with a new idea – maybe it doesn’t have to be revealed early on but should that delay the entire game from being revealed? In the console industry no and I fail to see how it makes since with arcade games. With the console games they’ll release bits and pieces of info at times and even if you do reveal some revolutionary feature early on, what will happen is that people will know that you did it first. And if it’s truly revolutionary it will take some time for the competition to catch up anyways.

The point is that while it’s fine and dandy to show product off to operators that will purchase your product, that is not as important in the long run as it is to the players. I know that this line of thinking is pushing against the current that the industry generally flows in but let’s face it – you need players visiting operator locations to keep them in business so that they will purchase more games. And players will not come out in large numbers if they believe that arcades are dead. They will not be so prone to believe the false reports from the media if they know about the many games that are being worked on and are anticipating those games to show up in a local arcade.