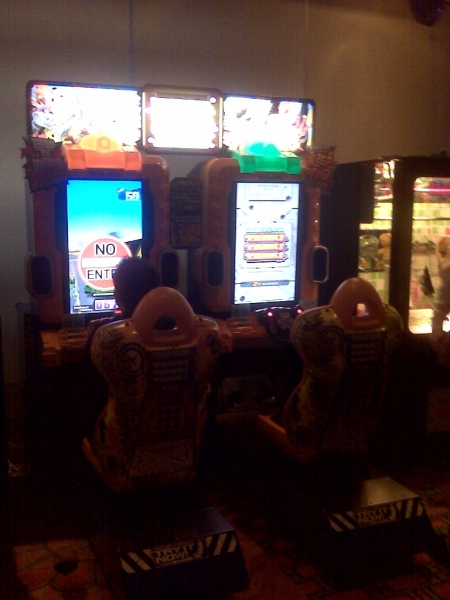 While there weren’t many new products revealed at the Distributor Gala in Chicago that took place this past Friday, there were some new confirmations about certain games coming to the US that we only guessed might make it out to territories outside of Japan. One of those games is Tank! Tank! Tank! by Namco, which we have covered previously. Thanks to

Lydon Allred at Mountain Coin we have some pics of the T/T/T setup that was present at the Gala. From what I’ve been told, the game was well received at the Gala although presently there is no release date for the game at this time. The game does include a motion base and the steering wheels look just like the ones we saw on Namco’s Tokyo Wars. We’ll be keeping an eye on this one and in the meantime I have added Tank! Tank! Tank! to the Arcade Release List.

[Discuss on the Forums]