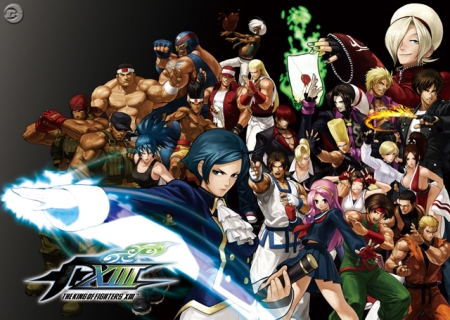 SNK Playmore had been teasing a preview for the latest KOF for a little while now and today was the day they finally showed the game off in Japan. Fans who missed Mai last time will be happy to know that she is back (she’s on the main page for the KOFXIII site which is where the image above came from) and the game is already confirmed to be showing up at the next Arcadia Cup Tournament in Japan. AM-Net has a number of pics but at the moment it seems that their server is being overwhelmed so you may or may not see the pics. I was able to get a couple of them which you can see below, click to enlarge. Kotaku Japan has some shaky cam footage of the preview event though if you can’t wait. 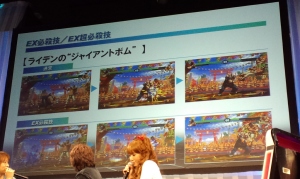 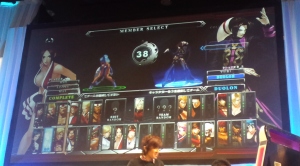 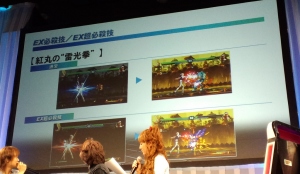 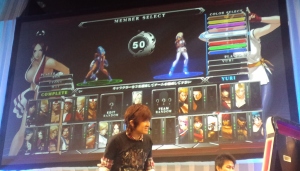 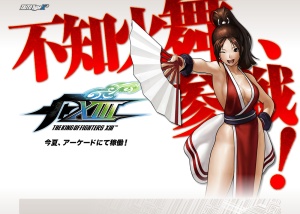 KOFXIII is scheduled for a release in arcades this summer with a console version coming in a little too quickly after that (we had heard this summer but with the arcade getting pushed back, they are either launching both at the same time or the console release will be pushed back as well). I suppose the console release can help broaden awareness of the game amongst fighter fans and bring them in for tournaments if you have a large KOF fanbase in the area but operators are not quick to forget what happened with Tekken 5 where the console release came out a couple of months after the arcade and plays on the arcade dropped badly. If you don’t have that solid arcade playing fanbase then it’s hard to warrant spending all the cash on the arcade, unless you already have a GameGate of course.

UPDATE: The AM-Net Blog has added some videos of the event! the audio isn’t great but at least you can see the game in action. Graphically the game is fluid 2D just like KOFXII.

One more UPDATE: Famitsu has a bunch of details on how the game plays, mechanics that make it different from or similar to other KOF titles.  Apparently, infinite combos are possible in the game.