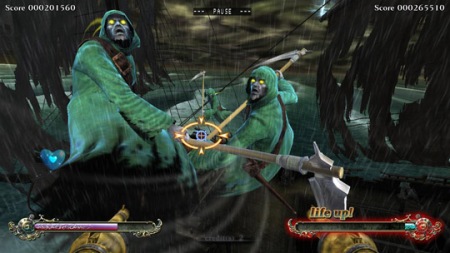 It hasn’t been long since we heard about Namco filing for a number of patents which were involved with stereoscopic 3D technologies and now we have word about the first game which will take advantage of those patents, a stereoscopic 3D version of their shooter Deadstorm Pirates. No details beyond a spring release and the use of the 3D technology in both the non-motion and motion versions have been announced(making the latter a “4D” game) but it comes at a time where Japanese arcade manufacturers are ramping up the development of such games as a way to attract more customers into amusement facilities. Konami’s Road Fighters, which will be released this month in Japan, is also mentioned in the article and they reveal that the user can switch the 3D effect off if they wish.

As for the new Deadstorm Pirates, I hope that they take the opportunity to add more arcade-exclusive content to the game since the title is now available on the PS3.