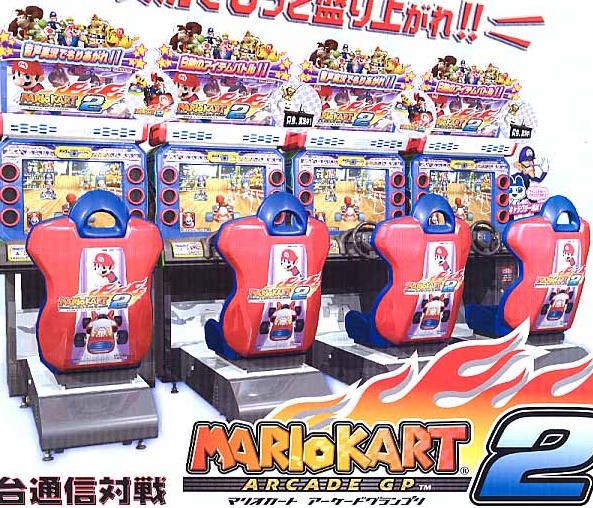 Once again BHM Vending seems to have the leg up on other distributors (or they just happen to update their website more frequently) when it comes to the hot new arcade games that will hopefully show up in an arcade near you. They have Mario Kart GP 2 listed on their site, listing the improvements the game offers over it’s predecessor. The price seems to be exactly the same as Mario Kart GP 1 (so I wonder when distributors are going to start dropping the price on the first model) but as far as new features go, here is what you will get:

At least two new characters – Waruigi and Tamagotchi
Voice commentary narrating the happenings of races
New frames have also been added to the Namcam system, which allows players to create an avatar by taking a picture using the game’s built in camera.
24 courses across 6 worlds but with time attack and environment changes they promise 68 variations overall.
57 total objects available with 40 made just for the arcade version
Hidden moves available for each character

It will also be powered by the same hardware that ran the first MKA, the Sega/Namco joint effort called Triforce, a Gamecube based platform.

Collecting coins will still speed your kart up but what we are dying to know is if the game will give the player who wins the first race a free game. This was a glaring annoyance with the first game as you should be rewarded for getting into first. Looks like we’ll have to wait and see once someone can report in on this.