Welcome to this weekend’s edition of Newsbytes, where we cover some quick arcade news from the week.

It’s Halloween, and there is no shortage of games with a Halloween themed arcade games that have graced the scene over the years. I recently got my hands on two of them, both by Sega. Due to time restraints, I was only able to capture some of the House of the Dead Scarlet Dawn; The other one I have is Luigi’s Mansion Arcade. In another problem, there are several audio channels, and I found out after recording that this capture below missed the voice overs. Still, here are the boss fights from Scarlet Dawn, sans VO but all captured from the real thing.

This should have been done a couple of weeks ago, but I missed it. The Virtual Pinball Expo was held on the 19th of October, held via Twitch. That link has all of the videos from the event that you can check out if you are so inclined to spend some time on it; There was a hint at a Harry Potter pinball machine, but it sounded like a fantasy tease rather than credible “for sure” rumor like we normally hear about.

Also, coming via This Week In Pinball, we have a new pinball machine from Australian-based Haggis Pinball called Celts. It’s their first game and will be limited in production to 200 units; It’s kind of a blend of old school EM pinball with a bunch of modern upgrades (screen in the playfield which is kind of like what Heighway Pinball had done; LED lighting; molded toys). This trailer shows it in action with various features; You can order one here for around $7k USD (it was on sale for $6k in the month of October, but now that it’s pretty much November, that’s past).

We also welcome Haggis Pinball to the fray of pinball makers! We’ll keep an eye out for what they’ll be doing next…

If you’re a Bemani fan, then this needs no introduction, otherwise, Step ManiaX now enjoys some music from the legendary electronic music composer whose work has graced a number of Konami Bemani games. More from Maeda is on its way…but don’t let that diminish the several other contributions from other artists in the latest update:

Last week, I received an e-mail from exA-Arcadia support that detailed how to update my exA unit. I sent it into their new warehouse in California, and yesterday I got the machine back sporting new firmware. Unfortunately, I haven’t had a lot of time to play it yet, but right off the bat I noticed that they changed the fonts, added regions (which is for what is shown during attract mode – it’s not region locking), and has improved loading times even more than they were previously. 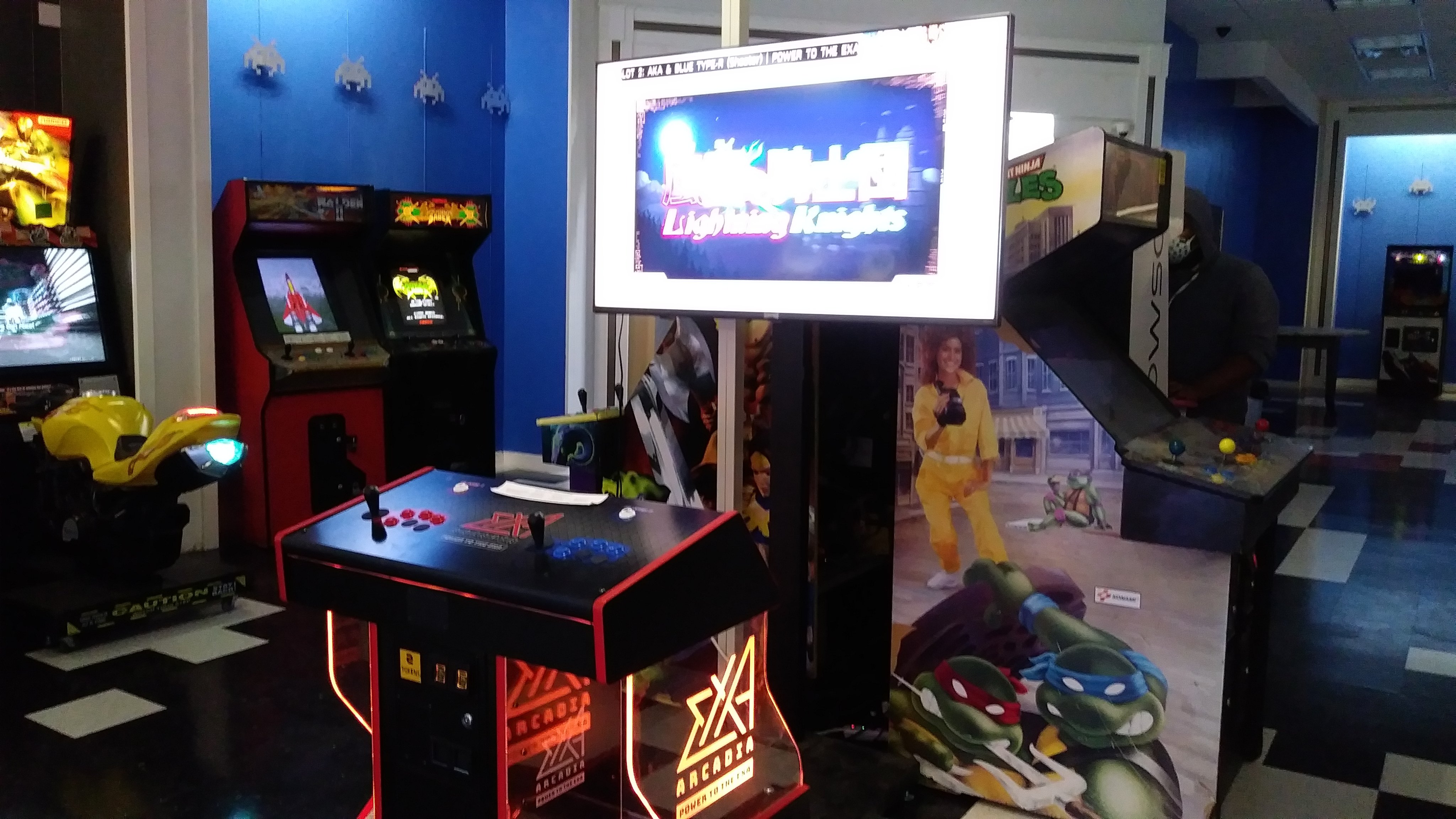 Two of the games were also updated: Aka & Blue Type-R (now it’s ver. 1.1.0, previously was 1.0.8) and The Kung Fu Vs. Karate Champ (now ver. 1.0.2). The most significant changes were made to KFvKC, which are in part due to operator feedback. One problem that we noticed with KF when people were playing it was that the type of players I was usually getting – casuals instead of core gamers – were getting rekt on the first character when playing in single-player mode. This kind of difficulty was fine for core players and the Japanese market, where many are on a higher playing level, but for casuals…most walked away to never give the game another shot. Now that has been fixed as there are three difficulty options: Easy, Normal & Hard. ExA also updated the response time on moves to greatly reduce lag, providing for smoother overall play. Hopefully this next week I’ll get a chance to do a new direct capture of the game which I hopefully perform better at than last time.

Also speaking of the exA, next month should see more game releases, including DoDonPachi True Death EXA Label and Vritra Hexa (the latter is available at certain locations in Japan already). There is also this new trailer for Shinkhondo Red Purgatory:

The latest from the wizards at ColorDMD.

The creator of hits like Rampage, Arch Rivals, and General Chaos visited the Portland Retro Gaming Expo last year, and his talk about arcade history is now available for viewing here. Also in Mr. Colin news this week, his remastered laserdisc arcade game The Spectre Files: Deathstalker is now available on Steam for $10; Very, very few locations out there have the arcade edition that Galloping Ghost released a few years back (disclaimer: I’m one of those locations 😛 ), so now more people will have a chance to give it a spin.

How Donkey Kong Made It To The Atari 2600

Game designer Garry Kitchen recounts his fascinating Summer 1982 experience, which was mostly spent creating Donkey Kong on the little console that could, the Atari 2600. I have to admit, as a kid who had little experience visiting arcades, I thought that DK & DK Jr. were originally released on the system, but I learned better when I got older.

That’s all I’ve got for today – have a safe and happy Halloween, from CarnEvil’s Umlaut!